Despite the record temperatures in summer, the political climate in Germany remains frosty. Climate change is advancing, supposed foreigners are chased through the streets. In Saxony we may face a government consisting of CDU and AfD, who is ostracising everyone who in their eyes does not fit their idea of the “normal” citizen.
While rents are rising in the cities and many people are being displaced to the outskirts, there is a lack of interesting leisure activities and affordable public transport in the rural areas. And no matter if city or countryside: Every day people are laughed at, insulted, attacked and threatened because of their skin color, their gender identity or sexual preferences. But instead of taking action, the state too often looks the other way, while right-wing actors more or less are given free reign.
Nevertheless, there are people, groups and alliances everywhere who are committed to a better world and future in a variety of ways and there are a lot of people who would also like to do so.
In order to get to know each other, to discuss the political situation, to learn from each other, to support each other, to network and also to have fun together, we invite you to the 4th Antifascist Youth Congress in Chemnitz from October 4.-6. October, 2019.
The congress is interesting for people who want to become politically active as well as for those who have been in the game for a long time.
Like in previous years there will be many different talks and workshops, i. e. on feminism, climate justice and anti-racism. On Friday the congress offers a trip to the Buchenwald Memorial site.
The participation in the Antifascist Youth Congress is free, as well as the sleeping places. Food and drink are provided on a donation base. Please register by 20. September via the homepage. 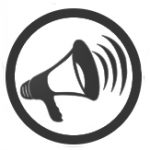